This bowl, handcrafted by Louise Bilodeau of Lulu Ceramics, is an olive green color and showcases brown clay stripes that run horizontally along the exterior surface. The perfect bowl for cereal or soup!

All Lulu Ceramic pieces are made from durable cone 6 clay and are dishwasher safe.

Louise Bilodeau is owner and one woman operator of Lulu Ceramics. She designed the Lulu Ceramics collection to enhance peoples’ enjoyment of home by offering beautiful, personalized pottery that is durable for everyday use. All Lulu Ceramics pieces start as a squishy lump of clay which is then lovingly worked through the stages of throwing, trimming, stamping, bisque firing in the kiln, waxing, glazing and then final glaze firing.

Clay is a material that Louise fell in love with in high school. During a field trip, Louise visited Sawyer Street Studios, a clay studio located in the coastal town of South Portland, Maine. Sawyer Street Studios made a lasting impression on her. She knew right from the beginning that being a clay artist was her life long pursuit. After earning her BFA in ceramics, she moved back to the Portland area and became an apprentice at Sawyer Street Studios until eventually creating her own pottery business.

Louise considers people using her work as part of their daily lives to be an honor.

“The biggest compliment is when someone tells me that their Lulu Ceramics mug is their favorite mug and they can’t drink their coffee in anything else.” 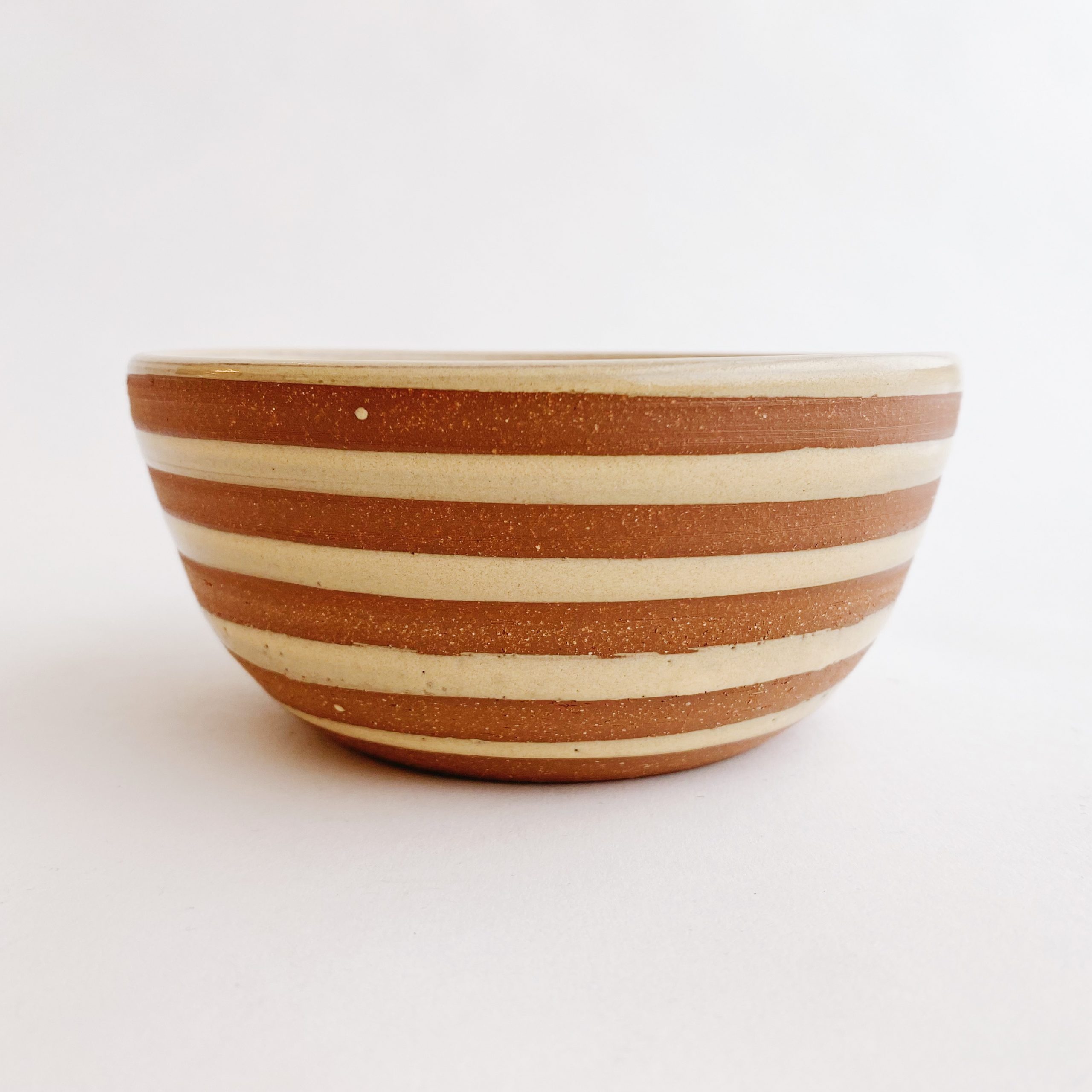 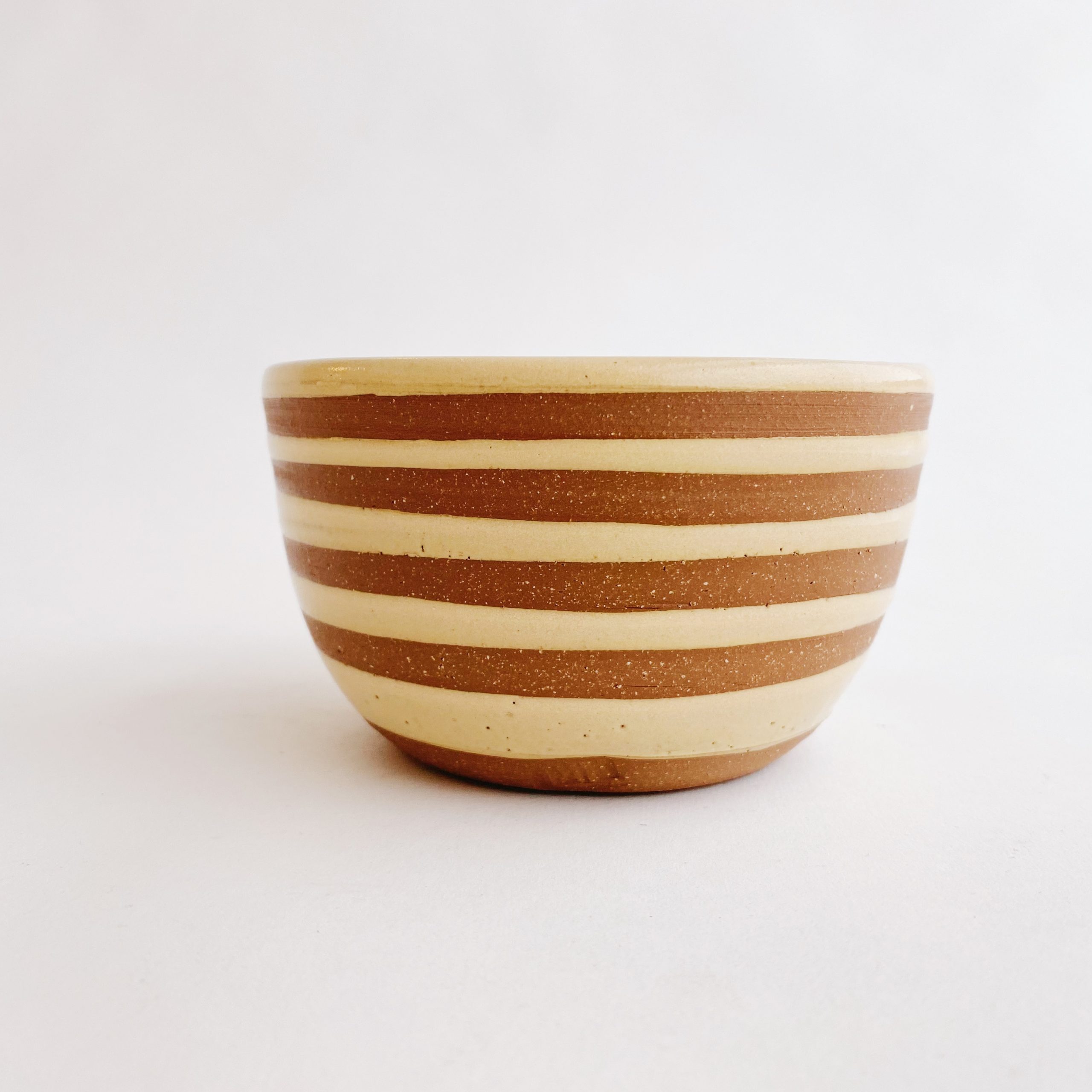