This chessboard design was developed from a premise that most ancient and historic battles were fought in valleys. The opposing sides took to the high grounds to overlook the battlefield and could observe and alter tactics during an engagement. The high ground offered a starting point of safety while the advancing troops were deployed toward the opposite side.

The choice of woods for this chessboard was based upon available and personal resources. The chance of finding two wonderful kinds of wood like these is a rare opportunity. The dark wood is ‘Claro Walnut,’ a very select wood from ancient trees indigenous to Northern California. The light and highly figured wood are ‘Red Maple Burl,’ a tree locally found in the greater Portland area. Working with these two woods has been a privilege. The dark base is Katalox with a Redwood Burl Veneer. These woods are resinous and of marvelous texture.

The distinct figure of each wood was randomly placed and not held to a vertical or horizontal pattern. I felt that the random pattern gives a dynamic idea that the battlefield skirmishes were never linear happenings.

Traditionally, the chessboard is a plan view of battlefield strategy sans geographic topography. Playing on the glass surface provides a suspended view while enhancing the wonderful colors in the field below.

I am grateful for my friend Maria Wolff who accepted the challenge of being my co-collaborator in the project. Her chess pieces are a fine example of her work, and she has captured the essence of my chessboard wonderfully.

ABOUT THE SET PIECES

My metalsmithing work is inspired by my Danish father’s craft lineage, Norse folklore, and historical handicrafts. Coordinating an exhibition of craft around the theme of chess has been a lifelong dream of mine, as the game of chess was one of my father’s favorite pastimes to play with my siblings and I. Working within the theme and lively materials created in David Masury’s unique and beautifully crafted chessboard, I thought to create the playing pieces in a similar historically driven way.

The final story and canon of Norse Mythology is that of the last war, Ragnarok. Odin, the High One, is slain by the great wolf Fenrir, Thor, and Freyr by Jormugander and Surtr respectively. After the final battle, the few surviving Aesir reunite at Ithavllir. There, Baldr sees a glint among the blades of grass.

​A golden game piece, a king, Baldr will decide in the final moments whether or not to pick it up, thus becoming the High One beginning the great game again.

A cyclical existence featuring layers of consciousness–this is the experience afforded by any great game.  Chess or life, the metaphor applies to elements of experience that allow abstraction to afford understanding.

The pawns, or infantry of war, must be armed! The castle heavy and grounded. A top-heavy bishop whose ground is precarious and fleeting through the ages.

This item is ineligible to be shipped due to its size.  Please enter code “pickitupplease” at checkout to pick this item up in-store.  Otherwise, please contact Maine Craft Portland for inquiries before purchase.

This piece is currently at Maine Craft Portland as part of The Craft Maker’s Gambit Exhibition.

David Masury enjoys the challenges of creating new designs.  David gravitates to the chair, considering it to be the most challenging piece to design and build well.  David enjoys pushing the limits of many techniques such as tapered or double tapered lamination, carved surfaces, and simply working with graceful curves.

Maria grew up around the 5th generation master joinery craft of her father from Denmark. Her metalwork carries elements of Scandinavian design and romantic history handed down from the stories and experiences of her European and French Canadian parents. She is currently studying the craft and mythology of the Vikings. Along with this influence, she couples it with her long time love for the undulating lines of nature and fantasy indicative of the Art Nouveau aesthetic . Each piece is entirely hand woven, hand forged, fabricated and embellished with some carrying real butterfly wings carefully set underneath a magnifying crystal to better appreciate nature’s remarkable beauty for generations. 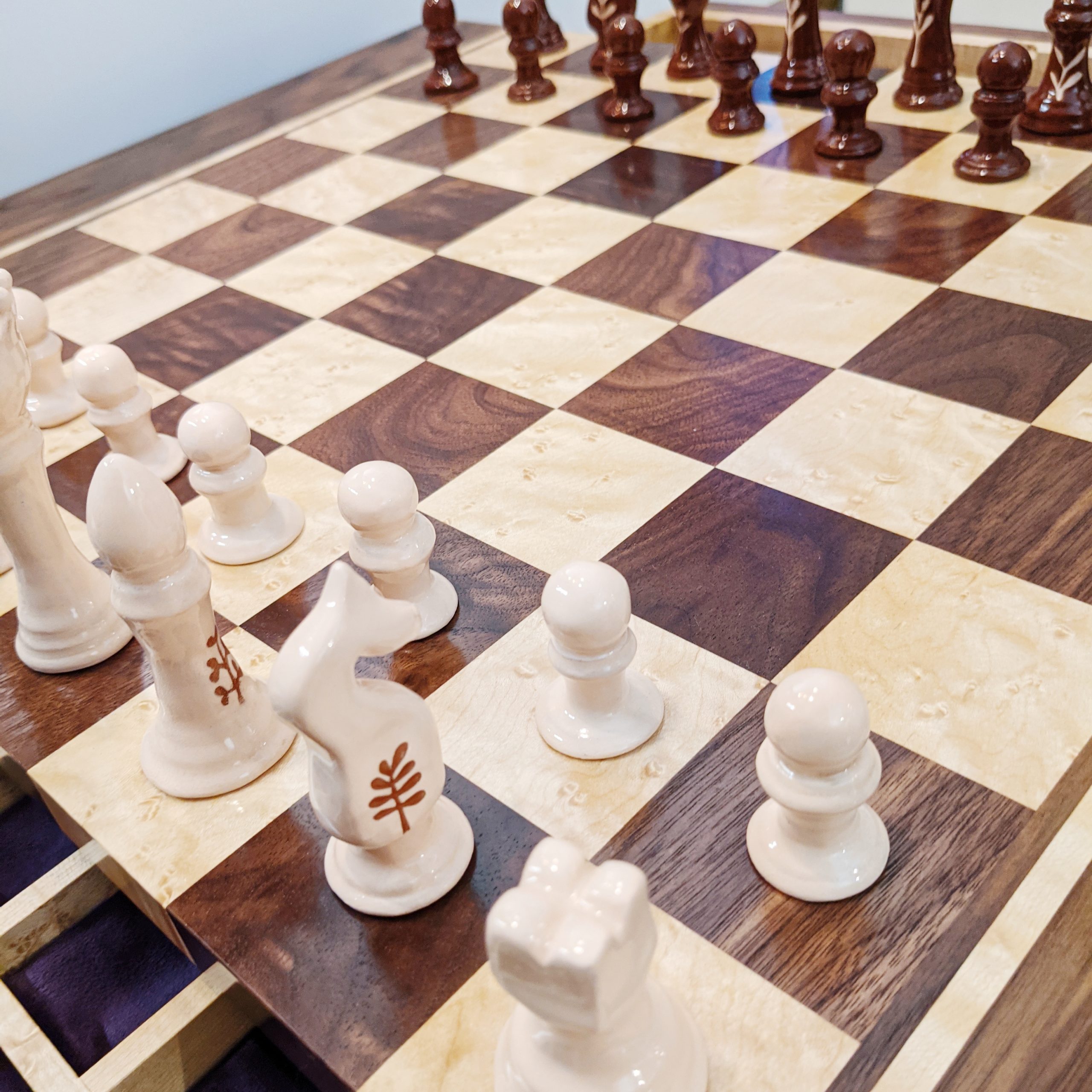 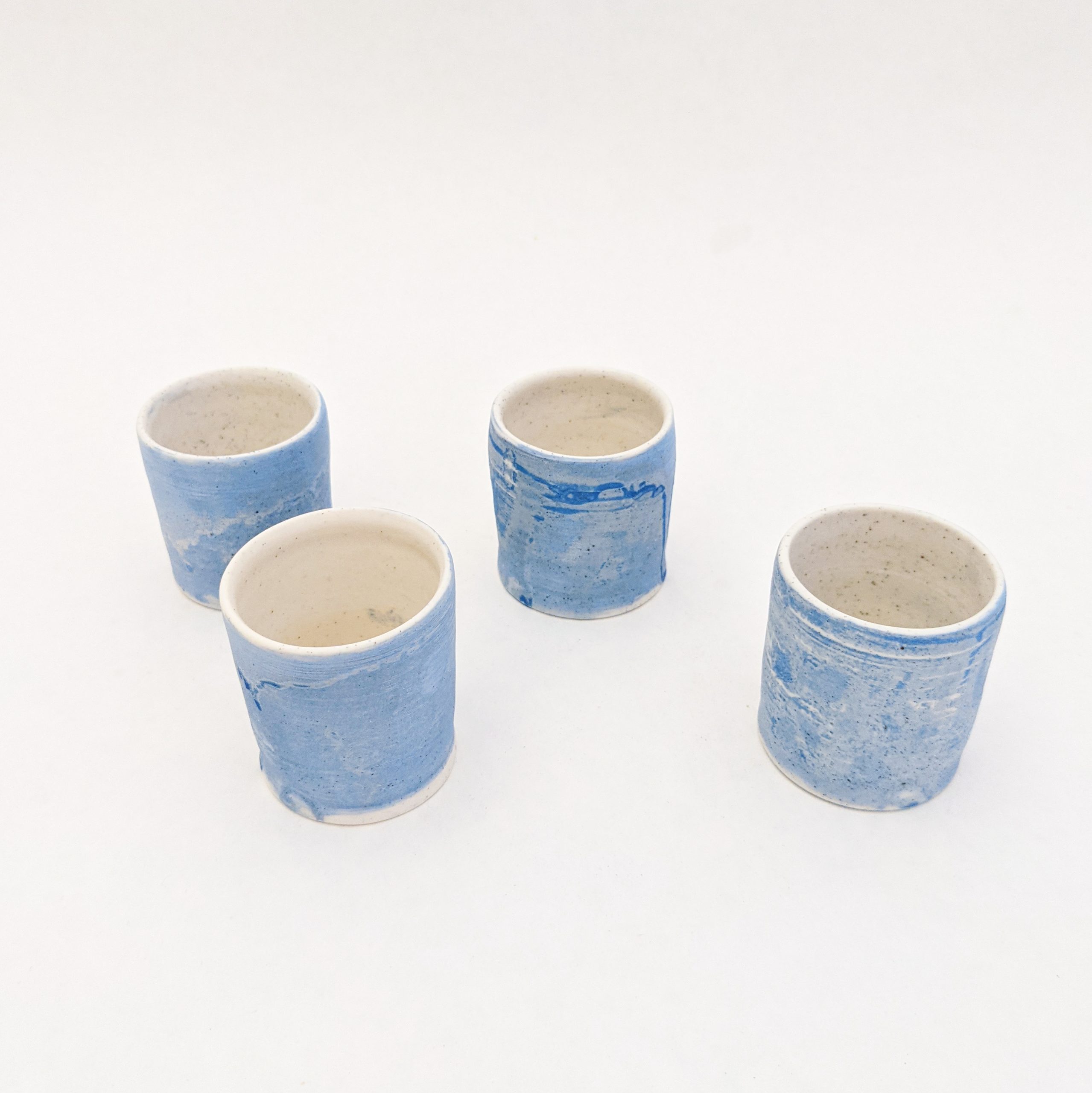