These earrings were hand carved and cast in sterling silver using the lost wax process by fine jeweler Natalie Reed. They were originally inspired by the ruffled edges of coral. They are finished with a silver post.

This piece is located at the Center for Maine Craft in West Gardiner.

Natalie Reed grew up on Vinalhaven, a lobstering island off the midcoast of Maine. As a child, she spent many afternoons beach combing and adventuring on Vinalhaven’s rocky coast, and began collecting sea glass, unusual rocks, urchins, and shells. She has always had a deep love for the ocean; it’s power and mystery always drawing her back. In 2009 Natalie began her degree at Maine College of Art in Portland where she quickly discovered she could combine her two passions: jewelry and the ocean. Working her way through college doing construction and lobstering she majored in metalsmithing and jewelry, and graduated in 2013. Natalie now lives in Gray, Maine where she has her home studio and lives with her big orange coon cat, Chevy. Her work can be found in many local galleries and fine craft shows. 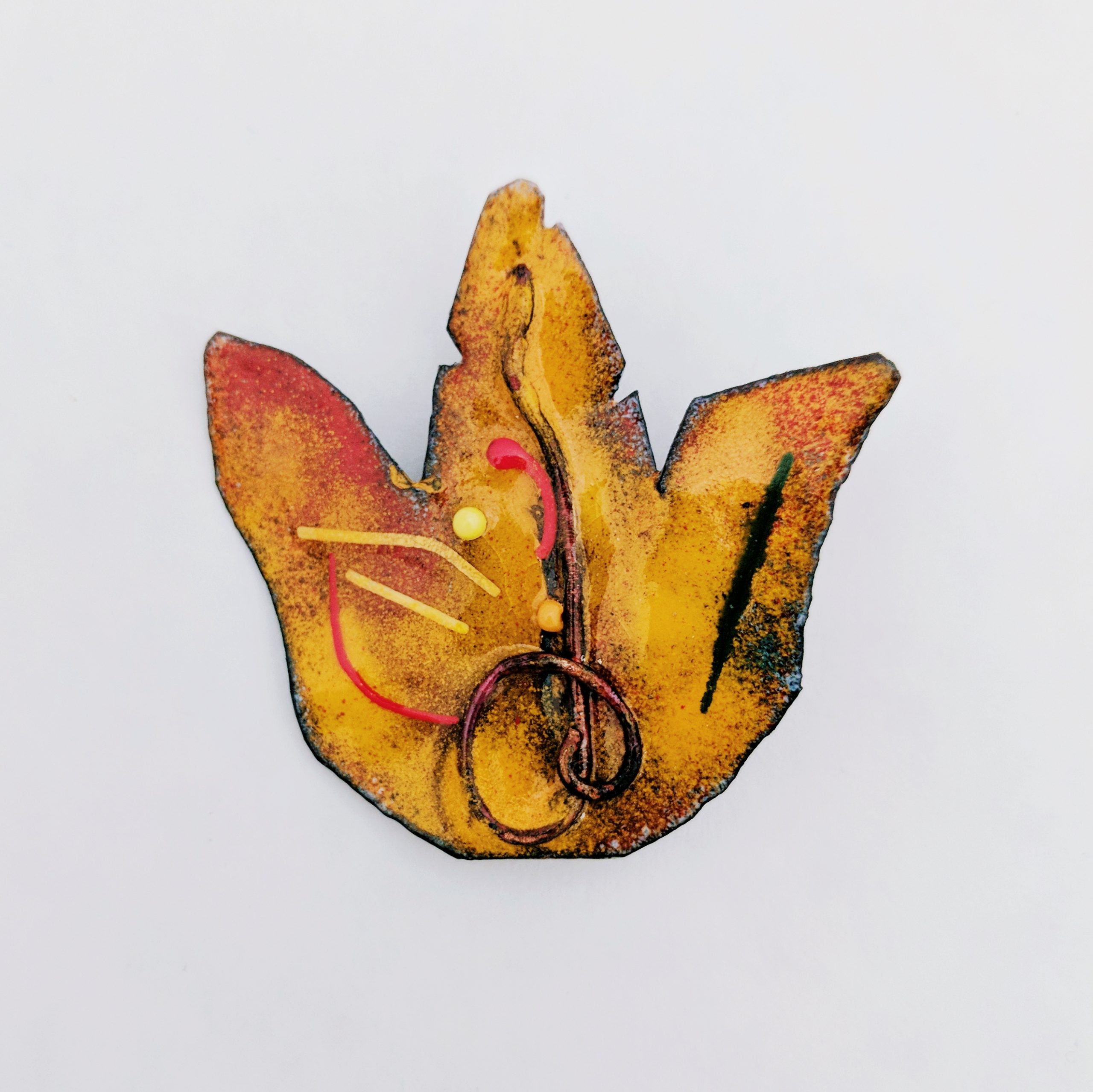